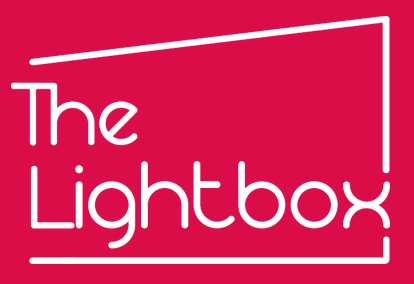 A chance to develop imagination and creativity in this stop-motion animation workshop for Young Creatives.

by Amy and Lily

by Sam and Tom T.

Tomb Raider and the Golden Pumpkin

by Eric B.T. and Barnaby C. 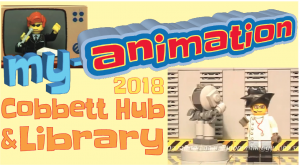 Animate your Lego or bring Plasticine characters to life at our Animation Club!
Saturday afternoon animation sessions continue at Cobbett Hub and Library, Southampton SO18 1HL.

Every Saturday from the 4th of August 2018 until 22nd September 2018 from 1 pm to 4 pm. See some animations created during previous sessions

Read a (kind) review of a session here

Lego stop-motion by Reuben and Corben:

A first experimental stop-motion by ‘Dora’:

Animations created during our sessions at Cobbett Hub and Library, Southampton between May and July 2018.

Your animations from Saturday 14th July 2018

Your animations from Saturday 23rd June 2018

Glad to hear your animation was such a success at your Year 2 show-and-tell Zach!

Your animations from Saturday 9th June 2018

Thank you Edward, Corben and Kelda…
We are adding titles and sound to the rest of your animations and then we will present them here:

Your animations from Saturday 2nd June 2018

Your animations from Saturday 26th May 2018

Thank you to Alex, Edward, Sue, Hetty and Kelda for your enthusiasm and creativity!

Winter Olympics and Paralympics 2018 animations created by residents and staff at QEF Dorincourt during the my-animation workshops. Editing and sound fx by Jamie Gibbs.

In our two sessions on Thursdays 26th of May and 23rd of June 2016, the residents and staff at QEF Dorincourt have created animations bringing back to life the Lost World of the Dinosaurs.

Titles and Sound by Jamie Gibbs at http://www.iratepirate.co.uk

at https://incompetech.com
used with permission via Creative Commons By Attribution 3.0

Models and animation created by the staff and clients at QEF.

Titles and Sound – JedMusic I Crush Everything (demo) by JoCo – Jonathan Coulton – www.jonathancoulton.com
used with permission via Creative Commons by-nc

Created by Matt, Mark, Emily and Dean during the March my-animation session at QEF.

The animation that Jamie Gibbs created to demonstrate the process of stop-motion animation using Boinx iStopmotion. See http://www.iratepirate.co.uk for more of Jamie’s animations.

These animations are also on YouTube as a playlist on the jednetuk channel.

Titles and sound effects on all space animations by Jamie Gibbs.

all by Kevin MacLeod at incompetech.com
Licensed under Creative Commons: By Attribution 3.0
http://creativecommons.org/licenses/by/3.0/

At Great Oaks School, Southampton
in partnership with

The Lego Movie Ad by Bailey

Bailey created this version of the trailer for The Lego Movie DVD release. As well as the voices – done first take – he did all the animation in Boinx iStopmotion, almost all the editing in Final Cut Pro X and typed all the Stars Wars styled text at the beginning.

While he enjoyed himself, Bailey was a bit concerned because he was missing ICT. We think THIS is ICT in action and Bailey is a star at it. Bailey’s animation is also on YouTube on the jednetuk channel at http://youtu.be/GpIq7sgCveg?rel=0

Coming Apart at the Seams by Roger

The Boss by Roger

Your animations are also on YouTube on the jednetuk channel.

The Mass Murderer by Tommy

We enjoyed working with Tanya again – and it was great to meet you Tommy, Eryck and Callum.

These are also on YouTube on the jednetuk channel..